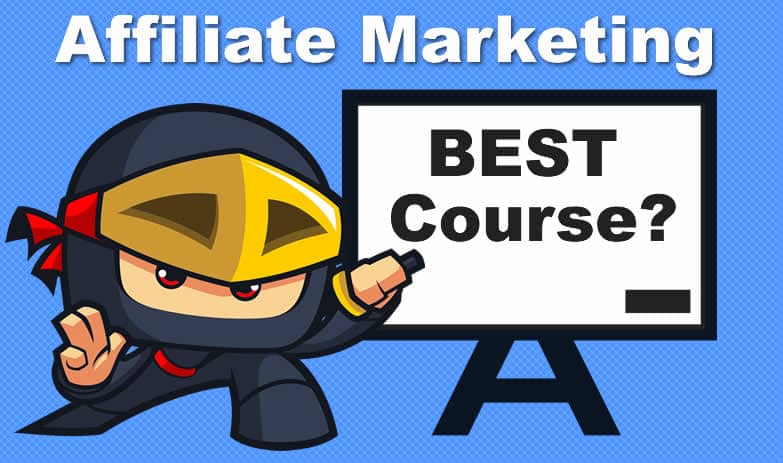 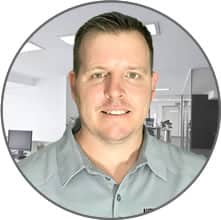 I get it, affiliate marketing is really hard..

You come across hurdle after hurdle and the amount of information out there is crazy overwhelming.

And…if you’re trying to learn from watching the gurus on Youtube, you’ve probably been led down a rabbits hole of empty promises filled with in-your-face one time offers to buy their own affiliate marketing course.

To make things worse, you see the next big thing offered by some other wanna be guru and you find yourself jumping from one shiny object to the next..

If not, that’s great!

But for those who can relate, don’t feel bad because I was exactly the same when I first started out. 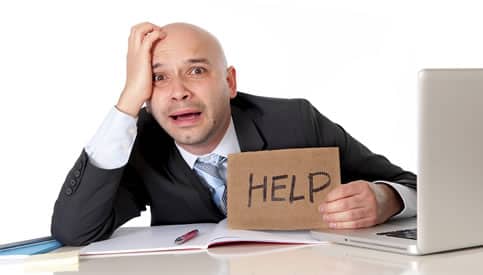 Eventually there’s going to be a time where you give up on trying to learn for free and invest in yourself by buying an affiliate marketing course or some kind of training.

I spent a good chunk of money on courses, eBooks and even got scammed.

Trust me, those gurus can sniff out newbies from miles away and unfortunately some of them will take your money and run!

Before You Buy Anything…Be Careful! 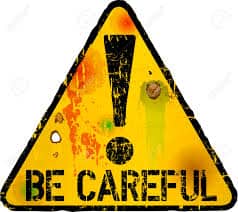 What many don’t know is, a lot of the time I don’t actually approve them because I know they will get bombarded with private messages from sneaky affiliates trying to push some dodgy course that they themselves probably haven’t tried.

I try and protect the group as much as possible from these kind of people because it really makes me mad.

Plus, it clearly states in the rules NOT to do it.

Unfortunately I can’t protect people when they accept private messages from people within the group.

If I could, I would…

This is the main reason why I’m writing this for you and hopefully you become a bit more weary of people when they direct message you.

Before you buy anything make sure you do your research!

Let Me Take You Back To When I First Started Online… 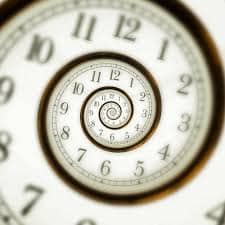 I was just like everyone else who struggled when I first started.

It took me countless hours learning about affiliate marketing, jumping from one method to the next and then I had to learn how to build a website which is something I really struggled with.

We all start somewhere and some people will see success faster than others.

For me, I got started making flash game sites and to be honest I didn’t even know what affiliate marketing was.

I was to busy trying to build the next miniclip.com – what was I thinking lol..

My first ever website I started back in 2007 was fungameszone.net (you should be able to find it in the way back machine.)

It probably doesn’t look the same because the css can sometimes break in the archives but don’t worry because it wasn’t much prettier than what you can see.

The site was monetised with Google Adsense and made around $10-$20 per day.

Each day I finished my day job stacking bricks, I’d come home and add games and find other websites to trade links and traffic with.

All That Time & Work, But Very Little Reward… 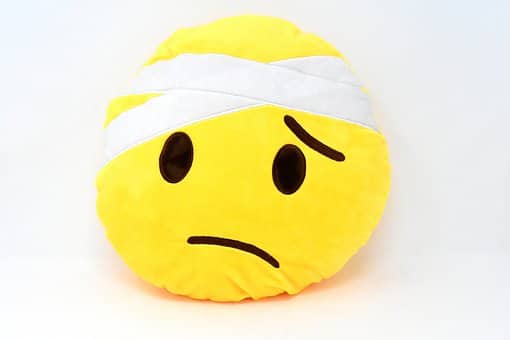 I was getting some good traffic to my site and found myself spending a lot of time on it, the reward however was minimal.

Then I came up with the idea of building an army of these flash game sites in hope to make $200+ a day.

Seemed like a good idea at the time but was also a LOT of work.

I ended up selling them all because of all the work involved with such small payouts.

That’s around the time I discovered Clickbank and affiliate marketing.

With my game sites, I was getting good traffic but making pennies each time someone clicked on an ad.

Yet people promoting these Clickbank products would get anywhere between $20 – $100 commission per sale.

My mind was blown away by the amount of money people were making so I had to change my game plan.

The only problem – with my game sites I didn’t have to sell squat, people came to the site and if they clicked on an ad I would get a few cents (sometimes a dollar).

But with Clickbank, you need to get people to buy something before you make a sale and it was something I’d never done..

That’s when I started searching for courses on affiliate marketing and tried to learn as much as possible.

The First Affiliate Marketing Course I Ever Bought…. 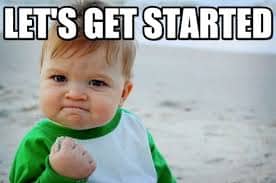 So, you might be thinking which affiliate marketing courses I’ve spent money on?

You can buy all the courses in the world but if you’re not prepared to take action on what you learn, you’re wasting your time and money.

The very first course I bought was from a guy named Mark Ling.

I found him by searching for things like “how to make money with Clickbank” and I ended up on his email list.

At the time, I had no idea about email marketing and Mark was brilliant at it.

So good that his emails eventually got me in the end and bought his AffiloBlueprint course from his site Affilorama.

It’s one of the top affiliate marketing courses on Clickbank.com 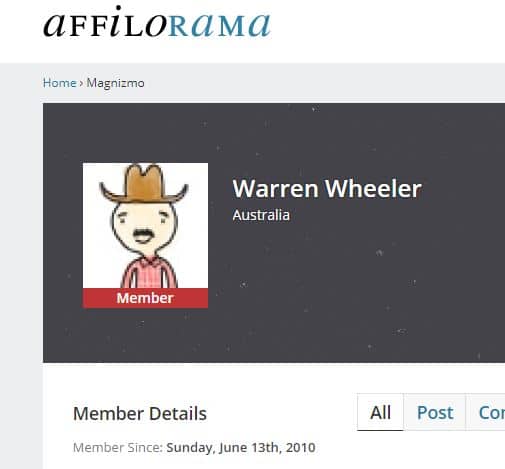 At the time I paid $197 – not sure what it cost now but at the time it was one of the more expensive courses I come across.

I was hungry and wanted to learn from the best, so after begging my wife if I could spend the money (thankfully she agreed) I signed up.

The entire course was very well presented and the videos are extremely easy to follow.

Mark and his co-host, Colletta (Not sure what her last name is) really dim it down so it’s kind of an affiliate marketing course for dummies.

He teaches you how to build a website, what you should have on that website and how to write your reviews, articles and gives you tips on optimizing your pages so they actually convert.

Before I found the AffiloBlueprint course I did try making a website but failed miserably.

I was making a big mistake and that was selling instead of recommending – that’s one of the biggest things I learnt from the course.

You see, it’s not the affiliates job to do the selling.

It’s the sales page on the vendors website that does the selling and when you realise this, everything becomes easier.

All you’re doing is recommending products or services just like you would if you are telling a friend about some new product you just bought.

Check out Marks course, the community is huge now…

Is Affilorama For You and What’s Changed Since 2010

If you’re a complete beginner who needs a good step by step course that doesn’t overload your brain with nonsense, then yes, it is worth your money – many times over.

If you’ve been in the affiliate game for a while and you know all the basics but still don’t quite get it, then it’s for you.

Who it’s probably NOT for is the seasoned affiliate whose making $10k per month already.

When I first signed up for the course it was fairly new and the private forum had very few posts in it which wasn’t all that bad because it was a tight little community who helped each other out.

These days the community is huge and the response rate is a lot quicker and being a bigger community you get all kinds of help.

I don’t spend much time in there these days but for someone just starting out, it’s a great place to get answers fast.

The videos Mark Ling and Colletta host are very well done and it’s super easy to follow along with.

One thing I like about the Affiloblueprint is how it’s laid out. You can take notes and they stick to the part of the course you’re up too.

You also get tools within the course as well and some really cool bonuses as well.

He has a bunch of free info now and because the forums a more active it’s worth checking out to see if it’s right for you – here’s Mark’s website. 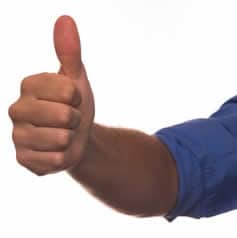 With so many courses out there these days and not being able to try all of them, I highly doubt it would be the best of the best.

However, it is a really good course for anyone wanting to learn affiliate marketing the right way.

I doubt that I would have had the success I have now if I didn’t find join Mark Ling’s list back in 2010.

To be honest, I probably would have given up because I really struggled to understand how affiliate marketing worked.

I recommend looking at his free stuff but if you’re serious his AffiloBlueprint course is one of the best for beginners in my opinion.

IMPORTANT!!!! Your Success Depends On This…

No matter which affiliate marketing course you decide to invest in, stick with it!

Focus 100% on following it to a tea and don’t get distracted.

Most people will buy a course, try it for a week or two then some how get distracted and lose interest in the course they purchased.

You HAVE to stay focused and you must WORK!

Buying a course is NOT some magic button, you have to follow it and give it your all.

I’ve already given you one really good course to follow but like I said, there’s plenty out there.

Good luck my friend and if you have any questions – feel free to ask. 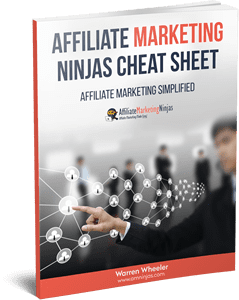 Get A Head Start With Your Affiliate Marketing Business By Downloading My Affiliate marketing Ninjas Cheat Sheet!

Your quick start guide to success...

Scroll back to top